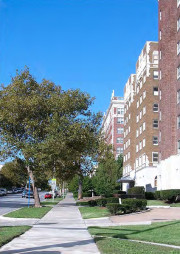 ﻿The Armour /Gillham PIEA Plan updated the General Plan and Blight Study for the Planned Industrial Expansion Authority in October, 2010 in order to expand the boundaries eligible for PIEA tax benefits for the area between Broadway and Paseo Boulevard and 34th Street to 36th Street. The area consists of 54 acres and 130 parcels along historic Armour Boulevard in midtown Kansas City, Missouri. The boundaries outline an area of consistent land use, age, obsolescence, and underutilization of structures with potential for redevelopment of existing residential structures and vacant land. This historic corridor contains some of Kansas City’s most significant high rise apartment buildings dating from the 1920’s and surrounded by historic neighborhoods dating to the late 1800’s.

The corridor has seen recent successful redevelopment by Antheus Capital/Commonwealth Portfolio, which has acquired or renovated 19 projects along the boulevard.

The PIEA Plan and Blight Study were prepared to guide additional infill development and redevelopment along this important connection between Broadway and the Paseo with updated design guidelines that support and follow the new guidelines developed by the Board of Parks and Commissioners. Any new development within the planning boundary will be eligible for PIEA tax incentives. The Blight Study and General Plan were adopted by the Kansas City City Council in 2011. 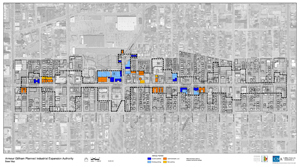 In the News
Check out our newest project!

Please also feel free to use our contact form.